Many people I know say they just don't like poetry and mostly I agree with them. It's like olives, or anchovies, or jazz or something else that tastes or sounds weird, and it just doesn't float their boat. Life is too short and precious after all, to waste anytime on something which leaves you cold - or worse - with a bad taste. I wholeheartedly agree. There's far more interesting things to do in life.

To create a poem is to pick a slow ripened fruit at the perfect moment. It gives life meaning through symbolism and word, rhyme and rhythm. A poem is a transmission. It is not thought, it is made. Like a creation of dreamtime, sung into existence by spirit.

Poetry is not clever. When it tries to be clever it is not poetry but a fabrication, an affectation, vain frivolity or sometimes something so bound up with its own cleverness that no useful meaning is poured out. The thing is arid and dry as dead bone, void of nourishment it leaves me empty. Poetry flows and bathes, it gushes. It is the river which runs through me.

Most of my substance is water but water does not need me for its own flowing existence. As with water so it is with poetry – all I can ever be is a vessel. I must pour out to be refilled and pour out again and again even knowing I cannot engineer the filling. The river runs through me, the sacred river. Measureless to my mind.

Poetry is a wild thing which cannot be tamed. 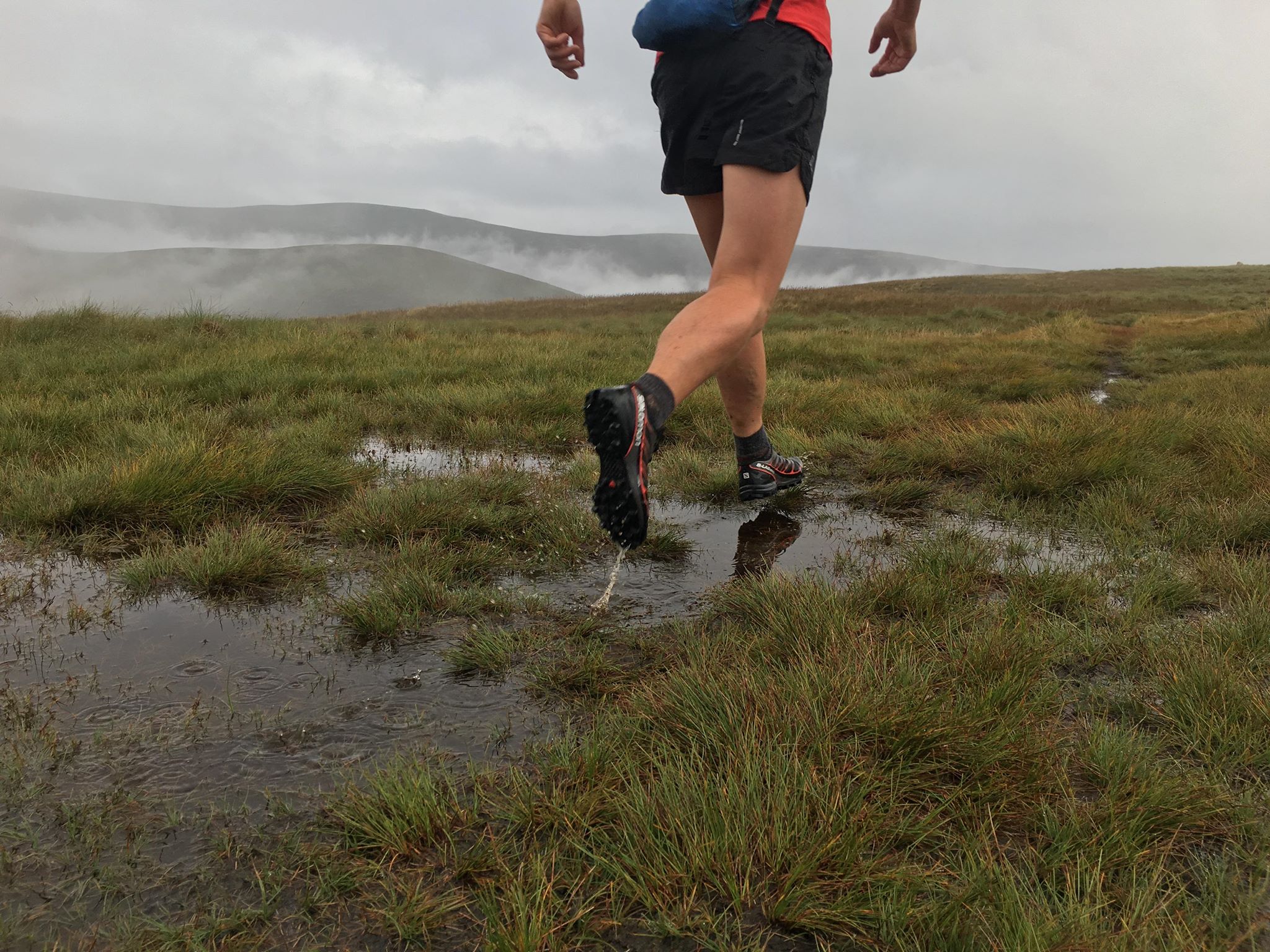 (On Midsummer’s Eve 1745 the spectre of an army was seen processing along the top of Souther Fell near Blencathra in Cumbria. Twenty-six sober and reliable witnesses later testified to having seen the ghostly army despite no tracks or prints being found the next day.)

I put on hat and gloves and

from Mungrisdale up Souther Fell

as mist drips from my Gortex shell.

Steep and rocky up the side

I push on hard with runner’s pride, till up,

then run with ease on grassy trod

that winds round rocks and over bogs.

And hearing only my own breath

alone, as someone left behind

by ancient army on the march

procession that had leaked through time.

A straggler who has lost the beat

whose synthetic sock and shoe-clad feet

are seeking rhythm on the trod

that winds round rocks and over bogs.

The mist is wet and soft and pale

yet just beyond its thin grey veil,

I sense the soldiers just in front,

As I press on I see them not

but feel their breath in self-same air,

their feet along the self-same trod,

around the rocks and through the bog.

Hearing only my heart’s drum

I know that time has been and gone,

The spectral runner on the trod. 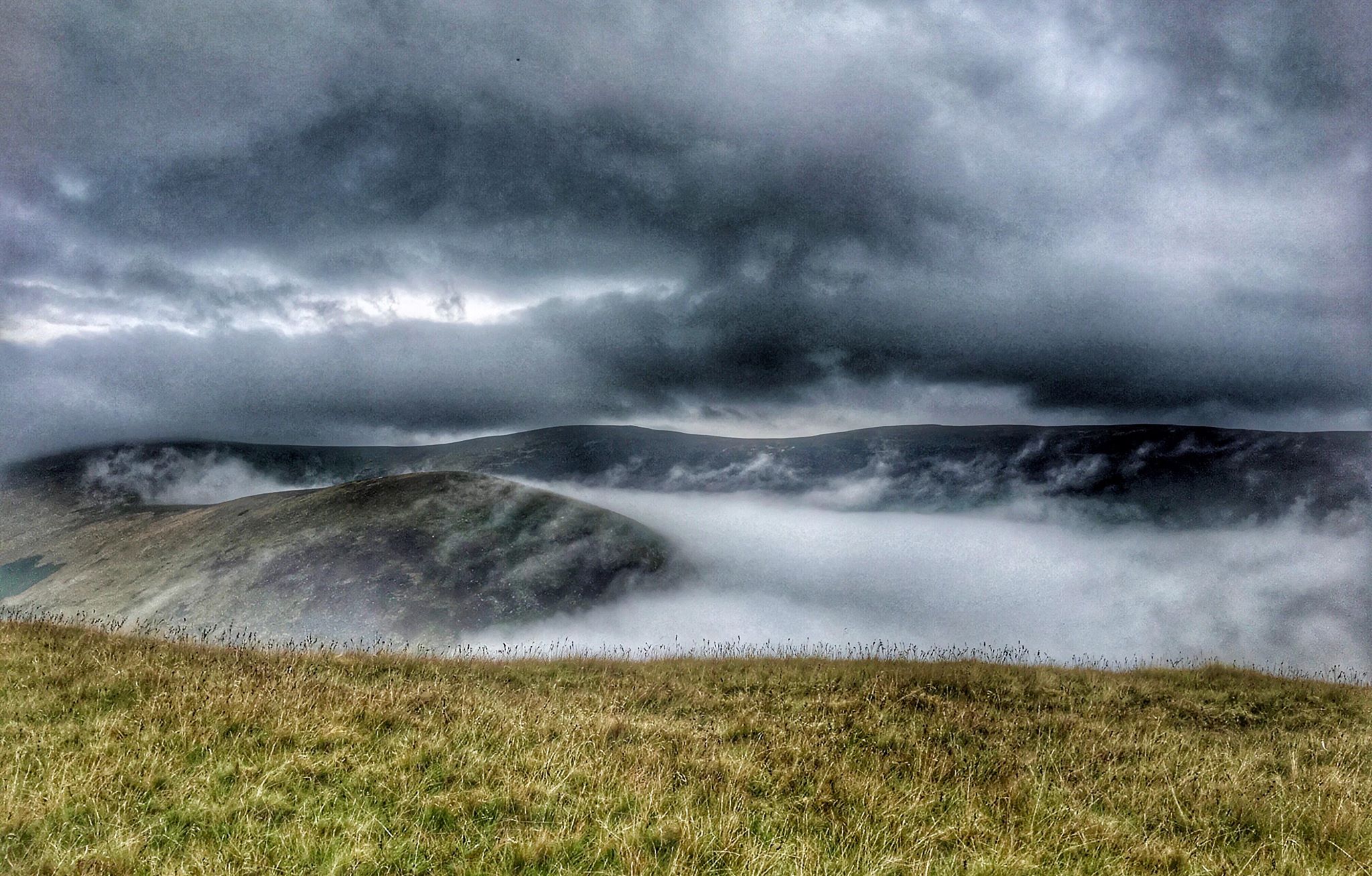 She’s running near the red line

She’s been this way so often

But not raced this fell before.

She’s running near the red line

Burning fire from within

Or confessing all her sins.

She’s running on the red line

Racing to her limit

Seeking out the truth 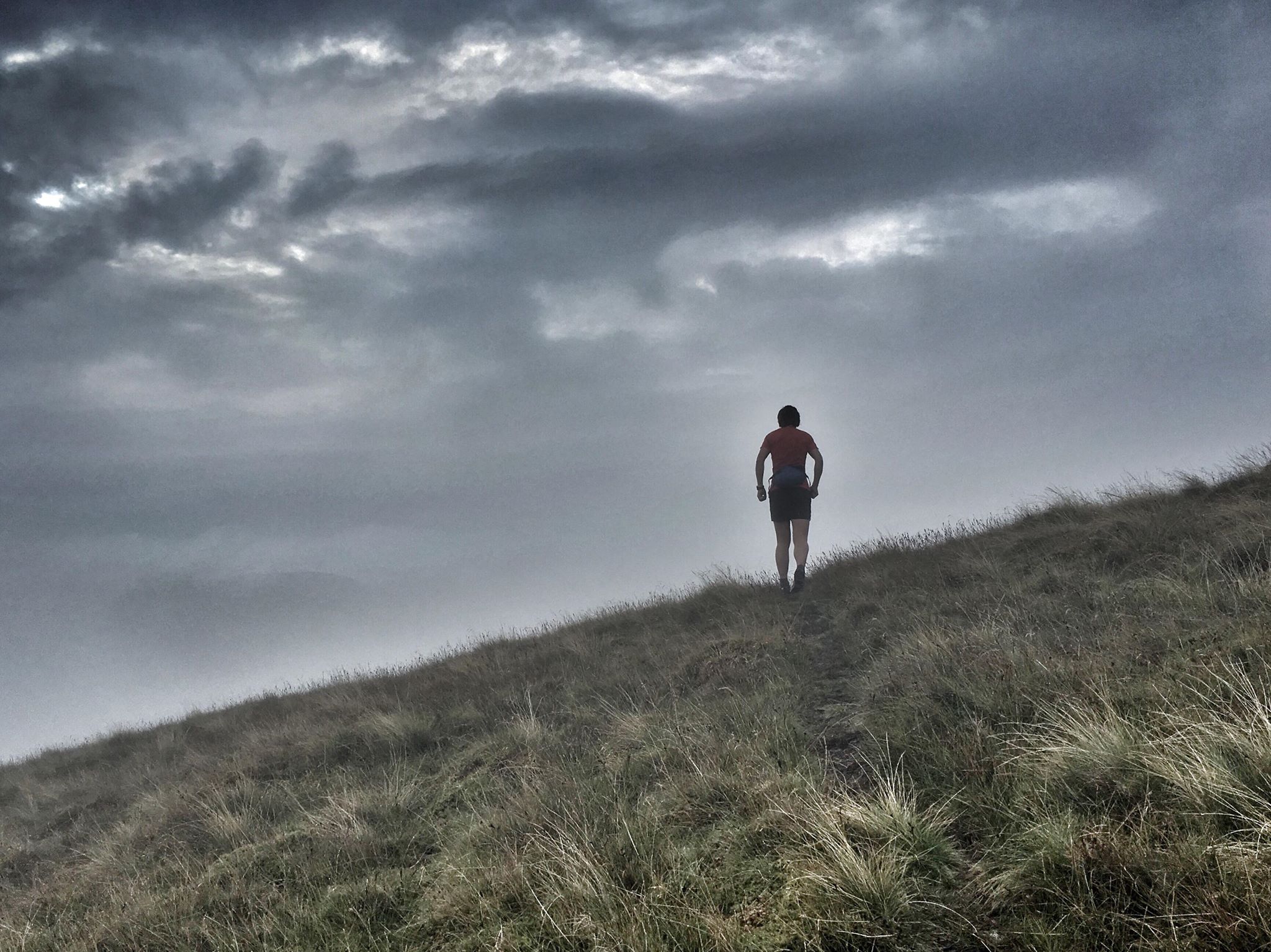