Do You Believe in Rainbows?

The first time my attention was drawn to rainbows was in primary school paintings. We memorised the order of colours and we all produced our own great masterworks for the classroom walls. I’m not sure if I believed in rainbows then. I thought they were like fairies or witches; things that you get told about but do not actually exist. Until one day – we actually saw one from the upstairs of a bus. A real rainbow. And my Mam told me there would be a pot of gold at the end of it. I was mesmerised and then I felt a terrible longing inside when the rainbow faded and disappeared.

I was not convinced about the pot of gold. Surely if that were true Mam would have jumped off that bus and been after it like Jack Flash. As the bus rumbled downhill into town, I kept my eyes on the sky, but the rainbow was definitely gone. Yet I had seen it with my own eyes, as bright as anything, and no one could say I hadn’t.

Naturally, when time passed, I graduated to secondary school and we started science lessons and learnt about prisms and wavelengths of light. Against the poetic advice of Keats, we followed Isaac Newton and learned how to “unweave the rainbow”. Rainbows were old hat.

At some early point in my adulthood rainbows mutated again, into signifiers and flags. Gay Pride, Rainbow Warrior, Rainbow Nation. Rainbows have always done a lot of work as symbols. Myriads of human cultures have rainbow myths and meanings. Bridges to other realms, sanctions of war, promises from gods, bringers of luck, of disease, of redemption. Humans have never been able to look at rainbows without feeling something. And then there is the motive to make meaning of those feelings, to attribute them within a system through which everything can be understood. Christianity has framed rainbows as a promise, from a father-figure god to his children, that there would be no more great floods. A story as sad and poignant as the pots of gold my impoverished mother told me about on the upstairs of the bus. Neither floods nor fortunes happen by magic.

In 2020, this very special and testing year, the rainbow has become a symbol of gratitude to “key workers”, and particularly those in health care. “Thankyou NHS.” A small piece of my heart is broken every time I see one of these rainbows. For the workers and the ill people and for myself still grieving a little for the loss of my doctorhood. Rainbows though – aren’t they hope?

During this summer I spent a few precious days in Assynt, north west Scotland, where I was reminded, in a spectacular fashion, of the lesson I had learnt as a child on the upstairs of the bus. Rainbows are real. No matter how strong our instinct is to symbolise and immortalise, real stuff is ephemeral. We want to make meanings and make sense and unweave rainbows which is all to the good. But it’s not the whole story. The things we cannot grasp and hold onto; that’s where the treasure is. The rainbows on Stac Pollaidh this summer were a bridge to heaven. A place where my heartbeat almost stops; mesmerised again by the fleeting beauty of rainbows. They shift, and fading in and out, they come, and they go. A rainbow is a noun but not an object – it is a type of mirage. A symbol I can hold in my hand is not enough. I am not so moved by tokens as by what they represent. I do believe in rainbows – real ones that is. 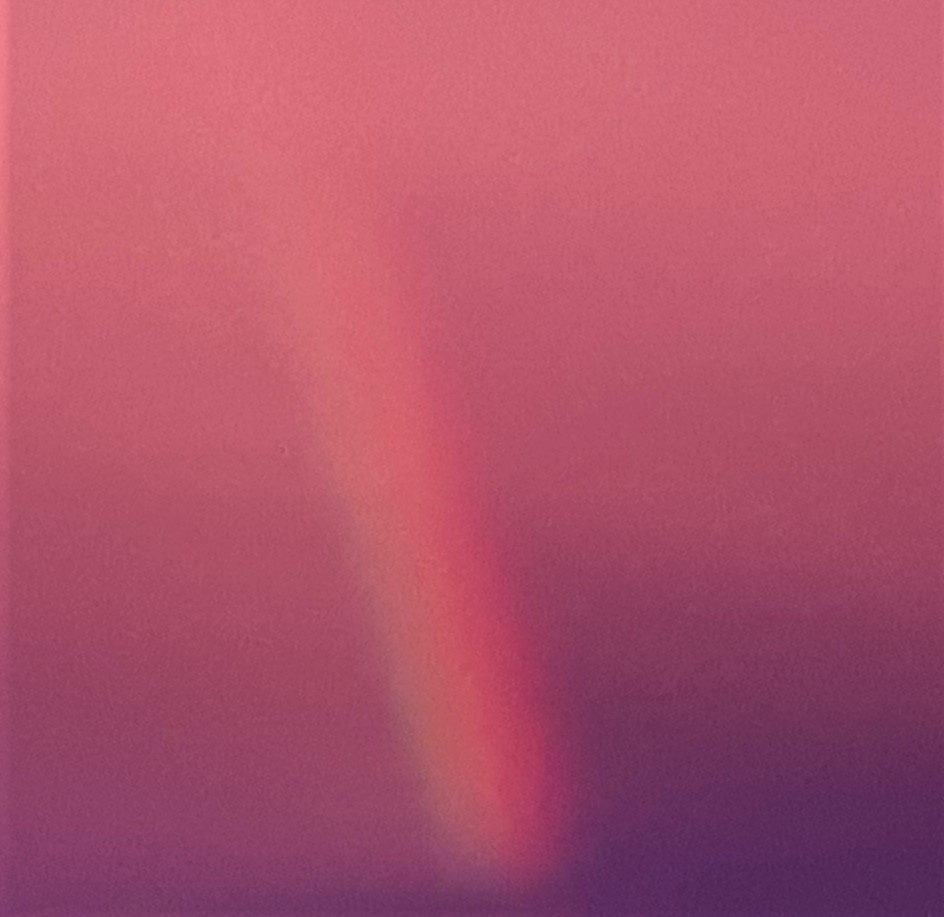