Matters of Life and Death

Just time to fit in a short run before work. Along the road, through the wood down to the lakeshore path, usual route. Through the gate where the dog comes off the lead and then – oh, with a sudden involuntary intake of breath I was stopped in my tracks.

All I could do was stand, still. It was sort of silver, not just a silver light, or mist or water but all of these melting into each other. Sunshine seeped through. I stood like a plant absorbing warmth and felt melted, as if the blood in my veins had become a silver molten flow which was part of the smooth, silky, misty, sunlit lake.

Two white swans, S-shaped angels, floated through the mist. I wondered in this tranquil moment if this is what it will be like when I die. It could be, couldn’t it?

It could be in days or decades and odd that I should think of death now when I am neither worried nor unhappy. I am not frightened of death, or life, and especially now I know that, when I do die, it will be silver.

I am moved to share the above piece from my book “Is It Serious?” because I think I still struggle sometimes, despite a willingness on my part, to find ways of talking about death. I realise the common phrases we resort to can feel trite or that there can be a tendency to want to sweep our mortality under the carpet altogether for fear of being depressingly “morbid”. But maybe if we could talk about death, we would be less fearful of our own ending, and when we are grieving for someone perhaps it can be good to feel understood rather avoided. Not talking about our pain and sadness does not mean it does not exist.

There have been times in the past when the emotion of sadness was rather more valued than it is today. Happiness is our present-day holy grail. There are shelves of books and endless online resources to aid our quest for happiness. My mother, in her good heartedness, used to say to me; “I just want you to be happy pet”. It became something to live up to. If I wasn’t happy then I must be failing in life. Of course, sadness is not the opposite of happiness exactly, but it is extraordinarily hard to hold both emotions simultaneously. So, if I achieved my mother’s ambition for me most of the time, I would have no space for sadness and grief. And for all the heartbreak those feelings can bring, I wouldn’t choose not to feel them.

My aim is not to be miserable. There are unhelpful emotions I actively try to escape from, such as anger, envy and bitterness. But I rail against the pathologizing of sadness. Everything which is uncomfortable is not a failing or a disease.

Just prior to the first lockdown in the UK in March 2020, I read the following poem at a celebration of the life of my friend Mike Curtis. I don’t want not to miss him. The ache in my chest and lump in my throat which sometimes appear to remind me of his absence – if these were not there it would feel somehow as if the friendship and wisdom which he gave me would be diminished. And I refuse to devalue those things by not being sad. Sometimes we laugh too, about stories such as when Mike was taken to A+E (as a precaution, thankfully unscathed) and I found him wrapped in a blanket in the waiting area giving an unscheduled counselling session to a fellow patient. But I’m not trying to remember certain things as a ploy to make myself feel only happiness. I value the sadness too, because it tells me our friendship meant something. Tears and laughter, both are precious.

When we listened for the river

we would know by the sound

by the roar, by the rush

by the shoosh, by the push,

the speed at which

to calibrate our heartbeats.

When we listened for the sea

to get the tempo of the waves

the swell, the rise and break

of the barging surging surf,

then we'd know the exact moment

where the gap came.

When we listened by the fire

as the embers cracked and glowed,

to the seal song off the beach,

it's then we'd know the reach

of the tide that brought us in. 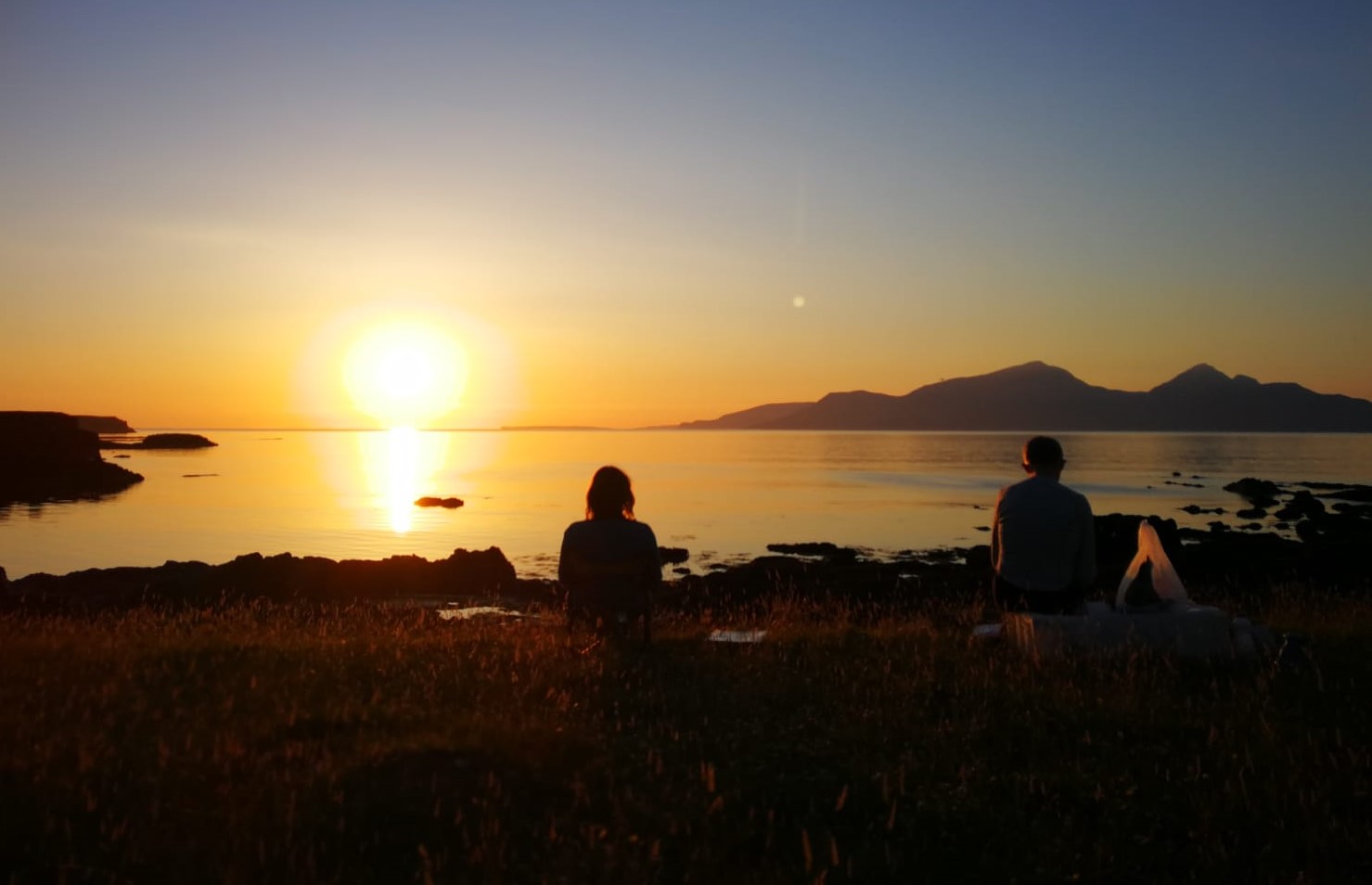