"...It is when we act freely, for the sake of the action itself rather than for ulterior motives, that we learn to become more than what we were."

"For me, becoming isn't about arriving somewhere or achieving a certain aim. I see it instead as forward motion, a means of evolving.... The journey doesn't end."
― Michelle Obama

Lately life has felt a little unreal. Conversations and meetings online, a virtual kind of life, and when off-line doing things largely alone. Looking for connections and struggling to remember what it feels like to give my friends a hug, and laugh until I cried. Trying to remember my hare-brained dreams and mad cap schemes but feeling that the plotting of things exciting and thrilling, which have no purpose other than the experience, should be relegated to the unnecessary.  I should be doing useful things – at a time like this.

Then a friend suggested something unnecessary and since it also involved the use of an app, I was a little uninspired. But I did not want to appear unenthusiastic so I played along with her plan to do a 'virtual fell race'. The idea was to run, yes really run on real legs, a certain route, at any time during a set three week period and send in a GPS trace. All the competitors would run the same course, just not at the same time. Like a real fell race all the 'checkpoints' should be visited but only the marshals in the ether would be keeping watch. Oddly big-brother-ish to a technophobe but I kept an open mind. The route was only five miles over four fell summits. There was nothing to lose. I would enjoy the run I nothing else.
It was a hot morning so I put on my vest, the only cool vest I own, the one I race in. I have stood on that same Stair road many times, with a number on my chest, ready to start. I began to remember previous races. I pressed the gadget button, and a few minutes later the steep fellside pressed some buttons inside me. It began to switch me on.
Even though there was no one to chase I found myself running almost as if I meant it. I wasn't flat out but I was trying. The more I tried the more I remembered. I remembered what vitality is. I remembered what reality is. I remembered why and how it is that I'm alive at all. It was glorious – every footstep, every lungful of inhaled morning air, every heartbeat. The most essential work I have done for months. 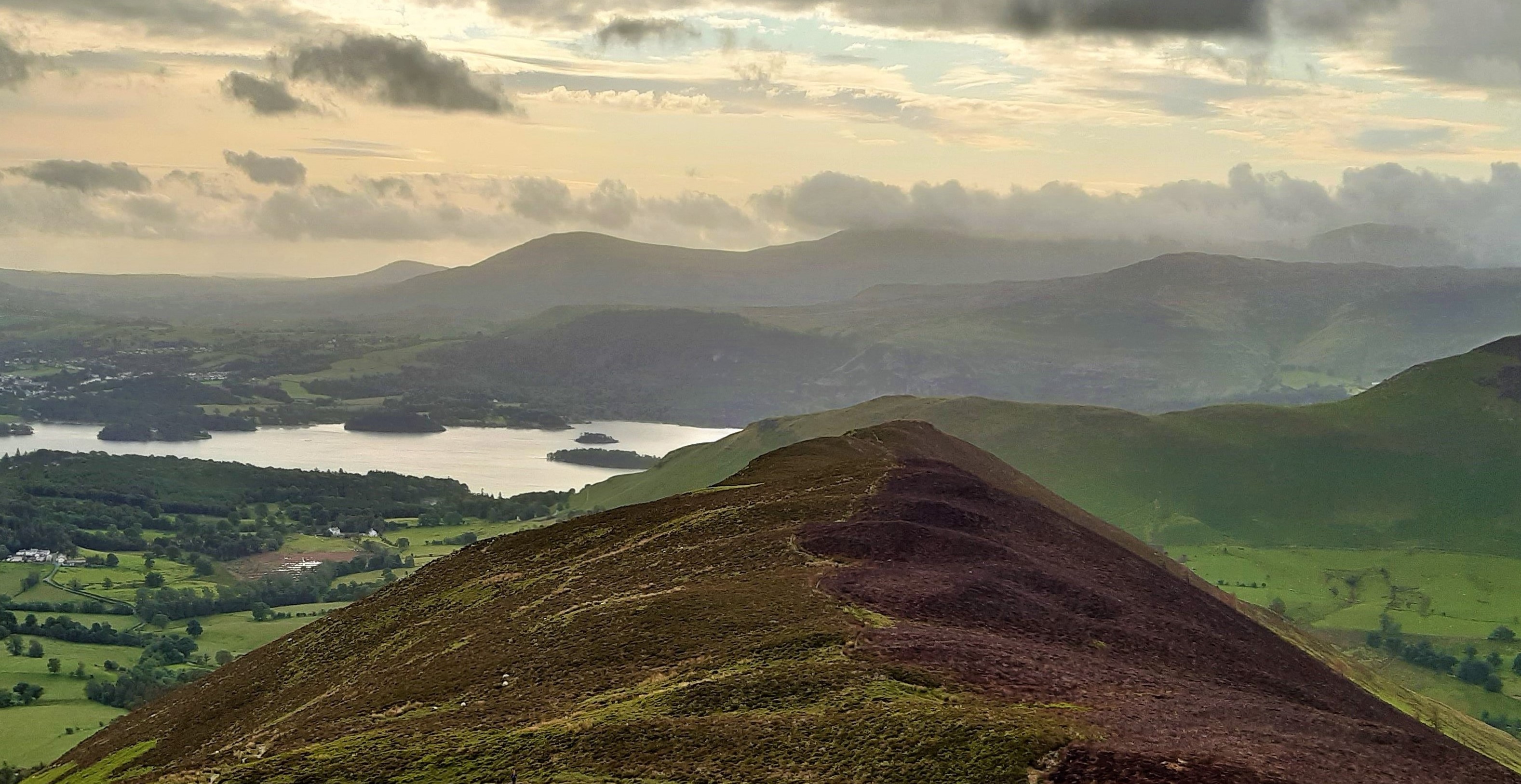 Its early yet but summer heat

as are my let-loose legs

while heart and lungs

to the service of my body rising

twists and turns and bends

triumph standing on the prow

to stumbly rocks, to bog

a push of up then

a ride on outstretched running strides

to Stoneybeck on picked-up feet.

I want to laugh or cry or shout,

some centre between my chest and guts

“Do you remember this?