So Much More Than Meets the Eye

I can remember mornings in spring, when the light is so bright, the air so easy to run through, it feels like the winter has done something to cleanse the world and make it all over, fresh. On such a morning a few years ago, I was running up Latrigg whose delights were then unfamiliar to me, with my friend Sam Ayers. We had taken the lane of Spooney Green, leaving tarmac for rough track and crossing the bridge over the constantly rumbling A66. Breathing harder as the path thinned and steepened through pine plantations and then as we emerged, just before jack-knifing back up the final gentle grassy slopes,

And after the four or five strides it took to round the corner, I knew what she meant because we were running uphill and taking in what Alfred Wainwright described as "a panorama of crowded detail, all of it of great beauty: indeed, this scene is one of the gems of the district...The far horizon is a jumbled upheaval of peaks, with many dear old friends standing up proudly”.

We took it all in, we breathed it in, we absorbed it through our skins like lizards imbibing warmth. A modest moment of perfection that has stuck in my memory. Not long after that run with Sam I moved to a house within a mile of Latrigg’s base and I have run up there hundreds of times since. You would not think such a small hill could be responsible for so much. 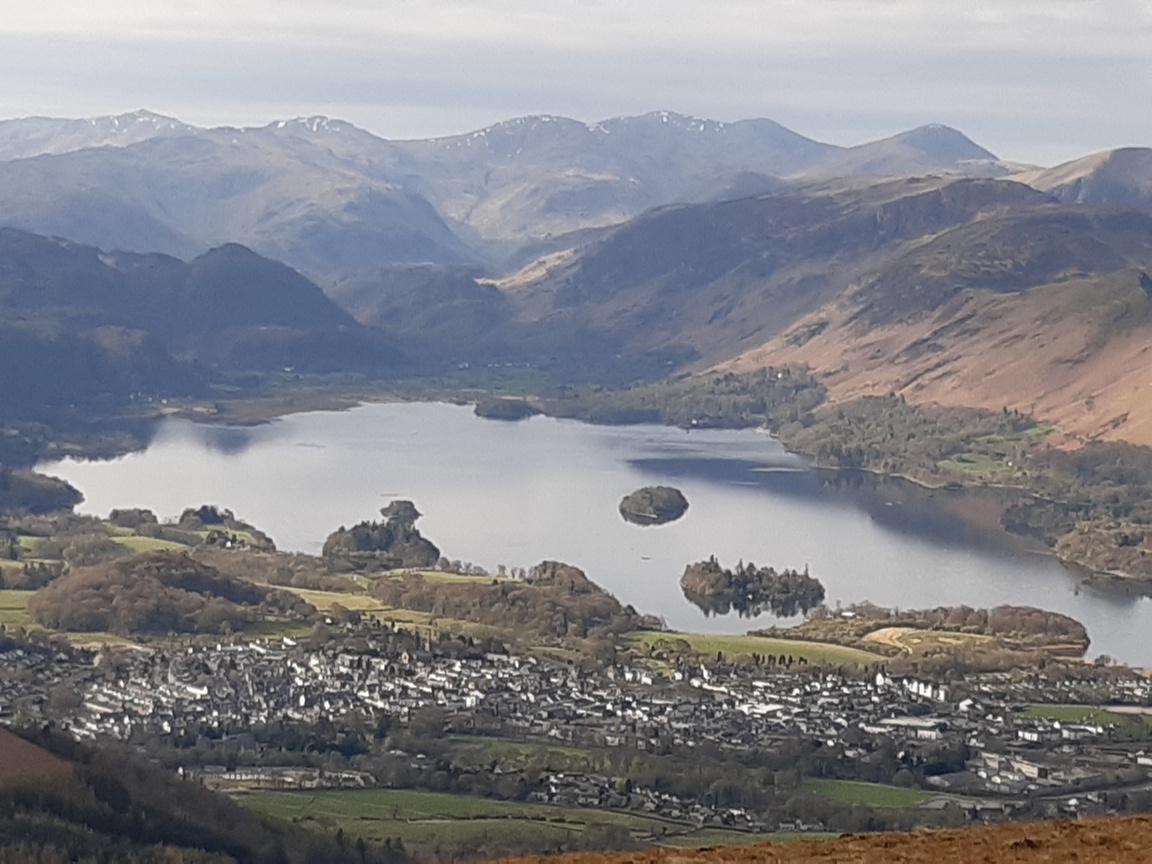 Only 368m high and the scene of so many hard-won training efforts. All of us Keswick runners have our own favourite Latrigg sessions of varying desperate difficulty to educate our bodies into fitness. On Latrigg a hill runner can find every type of gradient and surface required for uphill speed training, for long gradual stamina building, for downhill technique and confidence. Latrigg has everything we need along with myriads of routes for nice easy jaunts on grassy slopes, and through the woods above the river where lucky secret moments are sometimes shared with a deer or a red squirrel. And that summit view of Derwentwater and Borrowdale and beyond is one I have strolled up to via the short way from the back, in times of convalescence, for myself and for friends dealing with illness and injury and even with my mother in her final years of heart failure.

During lockdowns Latrigg has become known as the Keswick runners social club. If we feel lonely we just go for a run up Latrigg from our own front doors and there will be a friend on a path to smile at. Even at night, in fact it’s easier then because our head torches give us away. Some humble people achieve great generosity and that’s the character of Latrigg. It’s a social club, a trainer and coach, a calming friend, a guardian who looks after our bodies and an artist who inspires our spirits. It is a venue for thrilling races and it was the venue for our friends Jenn and Carl’s wedding in 2019. On the glorious summer wedding day, we all assembled near the summit for the bride and groom who had run up from home in a great posse of yellow Keswick vests, Carl clutching a carrier bag with a dress for Jenn and a shirt and tie for himself. During the ceremony it was as if Latrigg held up Jenn and Carl and all their friends as one would hold a crystal up to the sunlight.

And even after all this I am sure there are still new things that Latrigg has in store. I wonder about the old crone; the tree known as The Witch near the summit. And the Tunnel of Love, much more beautiful than the Spanish City, where the light through the trees and the colour of moss is always different and other worldly. If one were to choose a fell to be a role model Latrigg would surely be one of the best mentors for a good life. So much more giving and outwardly less impressive than all around her. 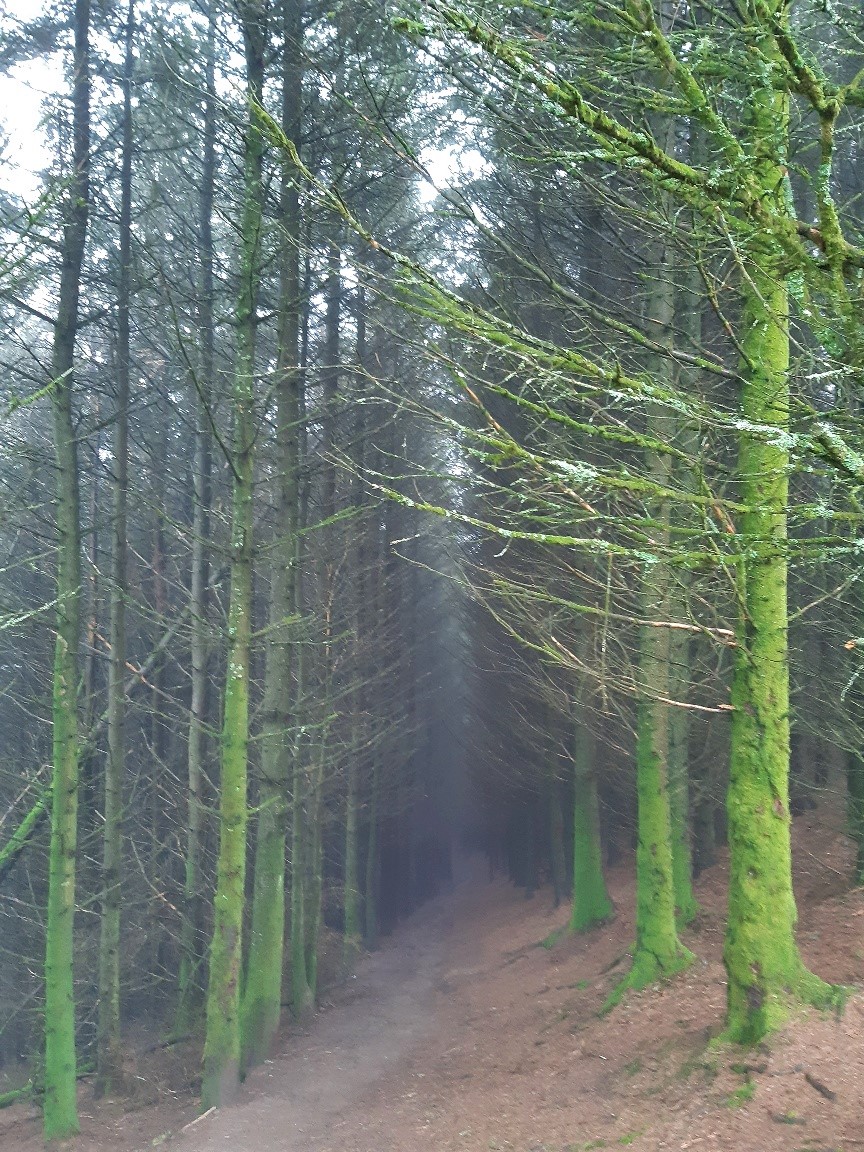 How do you heal a heart that is broken?

You stitch it up

with love in time.

How do you say what cannot be spoken?

in a verse and rhyme.

So if I could tell you

the reason why I wake

and take just one more breath.

If I could tell you

of the life inside me

Then I’d tell you a story

of sunset and moonrise

Of how I live on the courage I borrow

every time you reach out your hand

From the everyday magic

of teacups and teardrops

from wagging tails and runs in the rain

is spun the thread to stitch my heart up

so I live and love

you can hear an exerpt from the mezzo-sprano version of this poem here https://soundcloud.com/ella-jarman-pinto/everyday-magic-2019: