It’s amazing the things you overhear when out running in the fells. Quite often it’s things I wish I had not been privy to, and generally I just run on politely, trying to pretend I haven’t heard. Yet some comments are difficult to ignore and I find myself fighting a desire to mischievously chirp in.

It can happen even during races, and it is perhaps a testament to my not working enough if I can be distracted by the impulse to engage in conversation with a stranger. Mostly I do mange to resist, except when it’s a fellow runner. They seem to be fair game for reposts. Like the guy who was incredulous that an “old woman” was keeping up because he was “racing his dick off”. He got a bit aggressive when I tried to reassure him that a penis isn’t a crucial piece of equipment for fell running, so I legged it and quickly left him way behind.

In recent years I have done very little racing, mostly contenting myself with quiet runs with my dog, keeping my head down. Perhaps racing was a thing of the past for me? Maybe I need to move on. Yet the memories of how much I used to love it made me curious enough to sign up for the Skiddaw race at the beginning of this month. In June I had ducked out of the Ennerdale race to go climbing. Sooner or later, I would just have to try one to see how it felt. 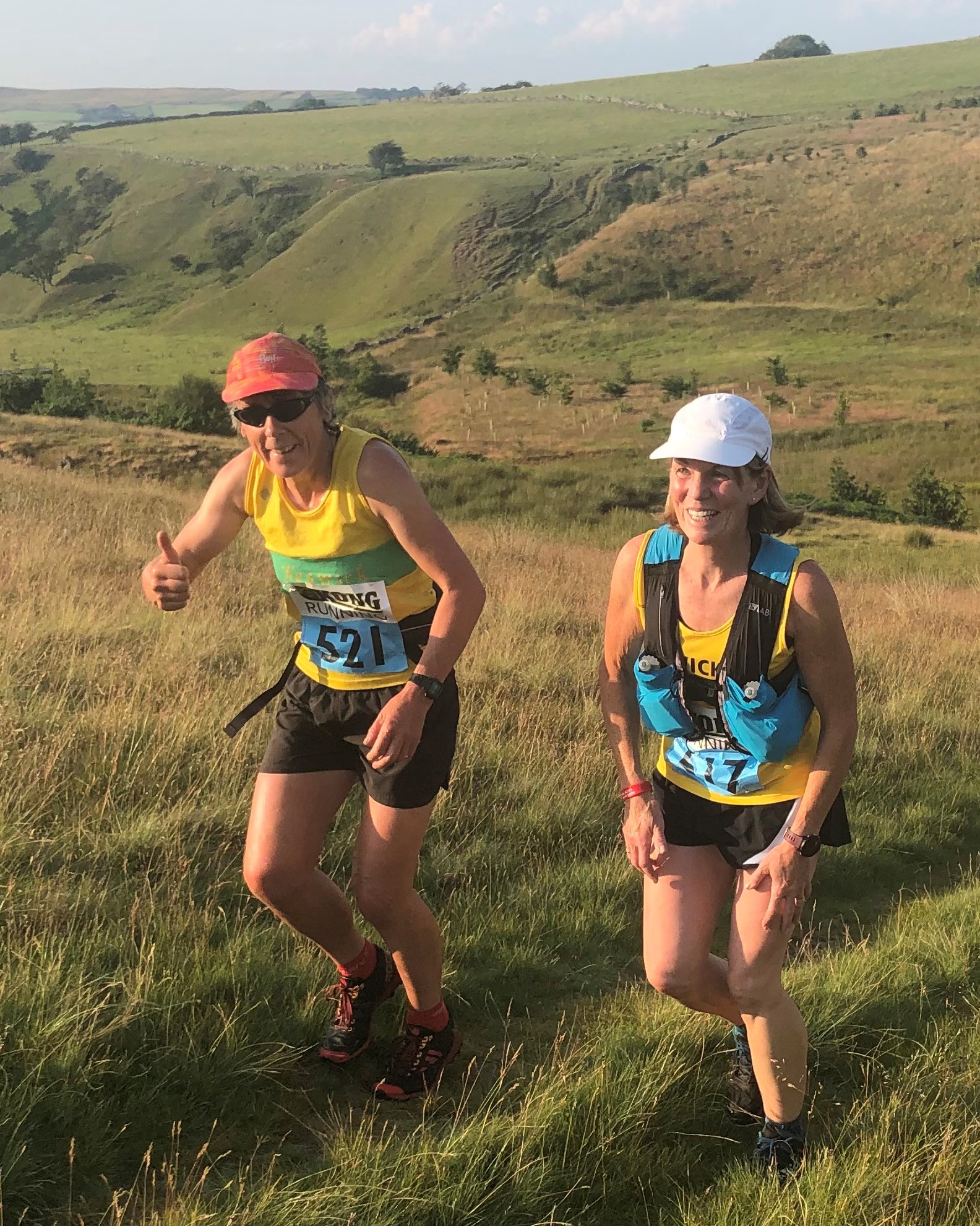 Sweat-drenched and melting, and gasping for breath, labouring up the tourist path on Skiddaw I was trying just to concentrate on running and breathing. Running and breathing deserved all my attention. It was hard. I was hurting. But deep-down there was a big smile inside of me. This is desperate, yes – but I still love it! I glanced up to see two women walkers just ahead, deep in conversation. As I struggled past I heard one of them, in full flow:

“If he wants the perfect woman then he can go out and look for her. Cos she doesn’t exist, does she.”

I was on the cusp. Should I? No. I told myself to button it. I couldn’t just intrude and anyway come on – I needed to run. This was a race after all. But I did really want to shout it from the summit of Skiddaw:

“You are perfect. She is perfect. I am perfect. Look at all these women running up here. They’re perfect.”

I wanted to defy every expectation that has ever been loaded onto women, our bodies and our souls. What is the “perfect woman”? I wanted to embrace the spirit of Simone de Beauvior who famously observed how “women are not born, they’re made.” We are made by the expectations and conditioning we are exposed to.

Last month Mandy and I defied expectations by completing all fifteen Lakeland Classic rock climbs in a single journey on foot. The day before we set off, I heaved a big rucksack up to Angle Tarn to set up a tent for use on our escapade. A mountain biker passed me on the path, swinging his bike around and clouting me on the side of my face with a handlebar. It hurt! So did the silence and lack of apology which followed, which prompted me to pipe up:

“You’ve just hit me on the head and it really hurts.”

Silence. No response from Mr Biker, so I persisted:

“Most people would consider that an assault.”

The latter did draw a response but not the one I was hoping for. He turned and barked with irritation:

I want to say I stood up to him, which I did as best as I could, by telling him not to dare to use “woman” as a put-down. I want to say such an assault is no problem to me, that like Judy Tzucke, “I am strong, I am invincible, I am woman.” In reality however I was upset and scared and I find that every time I call misogyny out, I feel increasingly vulnerable. Misogyny is an effective tool. The derision and shame can still penetrate deep.

I carry on in life as in a race, and I draw on the strength and integrity of the men and women who I accept me as I am. Fast or slow. Imperfect or perfect. Who’s to judge me and by what measure? I’ll just press on, finding my way, hit by words and handlebars and worse. Maybe I’ll run back up to Skiddaw summit soon. If nothing else just to shout out for that woman I passed who thought the perfect woman did not exist. 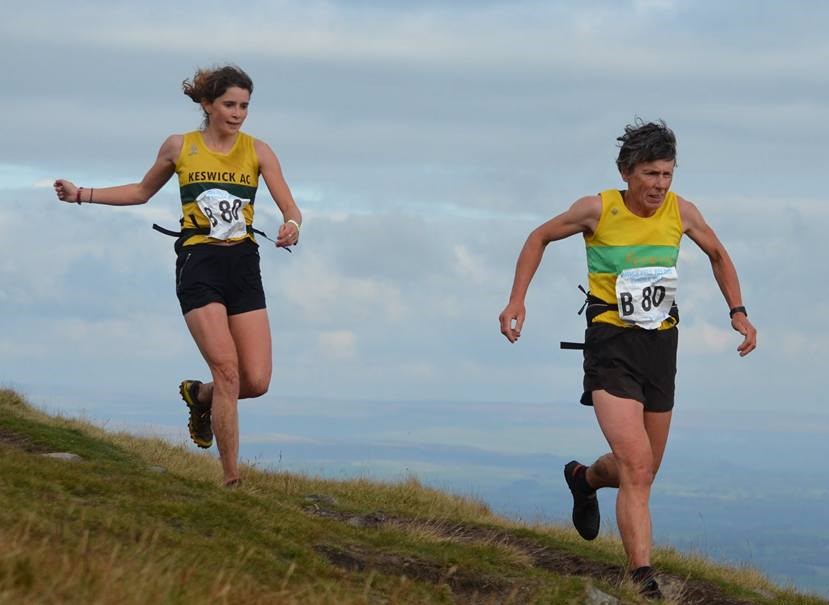 Watch her run / such a natural / she could run / without ever stopping / Watch her lightly / landing almost flying / Watch the touch / foot to ground / Watch – it’s not / shins or thighs / or anything which / could be named / as a body-part / except the heart / Watch my words / I said soul / Watch for that / can you see? / Her soft-centre / redly-hotly running / from porous skin / the searching gleam / shining from her / eyes she’s watching /you Watch her / look how fast / she gets away / how slowly /