For the last three weeks I have woken up to a firework display. There’s been nothing quiet or demur going on. The Rowan outside our window has been a wild red fiesta of starry explosions. There’s a maple standing ablaze in burning orange and ash trees shooting up deep yellow sparks like Roman candles. The hug Oak stands watching at a safe distance and rustling under a golden coat. I begin to feel like they are doing it just to cheer us up. As if they have had a conference about the humans and noticing that we have been all edgy and out of sorts they have decided to throw a party as an act of generosity. Of course, it is no such thing. It is not even a “display” at all in the visual sense. It’s a preparation for winter, an adaptation for survival. And not just their own.

Trees can live without me but the converse is not true. And they do have conferences, airborne and soilborne conversations are happening all the time. I suspect that benevolent concern for the state of health and happiness of that troublesome, sometimes poisonous, and invasive animal which invented the chainsaw is not top of their agenda.

In Borrowdale there are lots of Oaks and as I run along the Cat Bells terrace I feel like royalty, as if the rich and regal of carpet of colours had been laid out just for me. Even the bracken looks beautiful, a frizzled brown mop now gleaming with golden highlights, brushed over by Midas. Sheep cannot eat bracken and humans eat sheep. Consequently, there is lots of bracken.

Heading down into the woods I am shot in the skull by plopping acorns and I begin to get over myself. I begin to get over my sense of good fortune, my joy, my overwhelm from the sheer astonishing splendour of it all. Like it or not, I am more than a witness. I may feel like I have just been treated to a seat in the royal box but I am not simply an audience. I begin to realise that the woods are needing some other response, not only my applause.

The trees stand well carrying such huge responsibilities in their boughs. It is not Atlas but the trees who bear the world up. And when it comes to their list of concerns, in 2020, humans must be getting pretty high on their agenda. 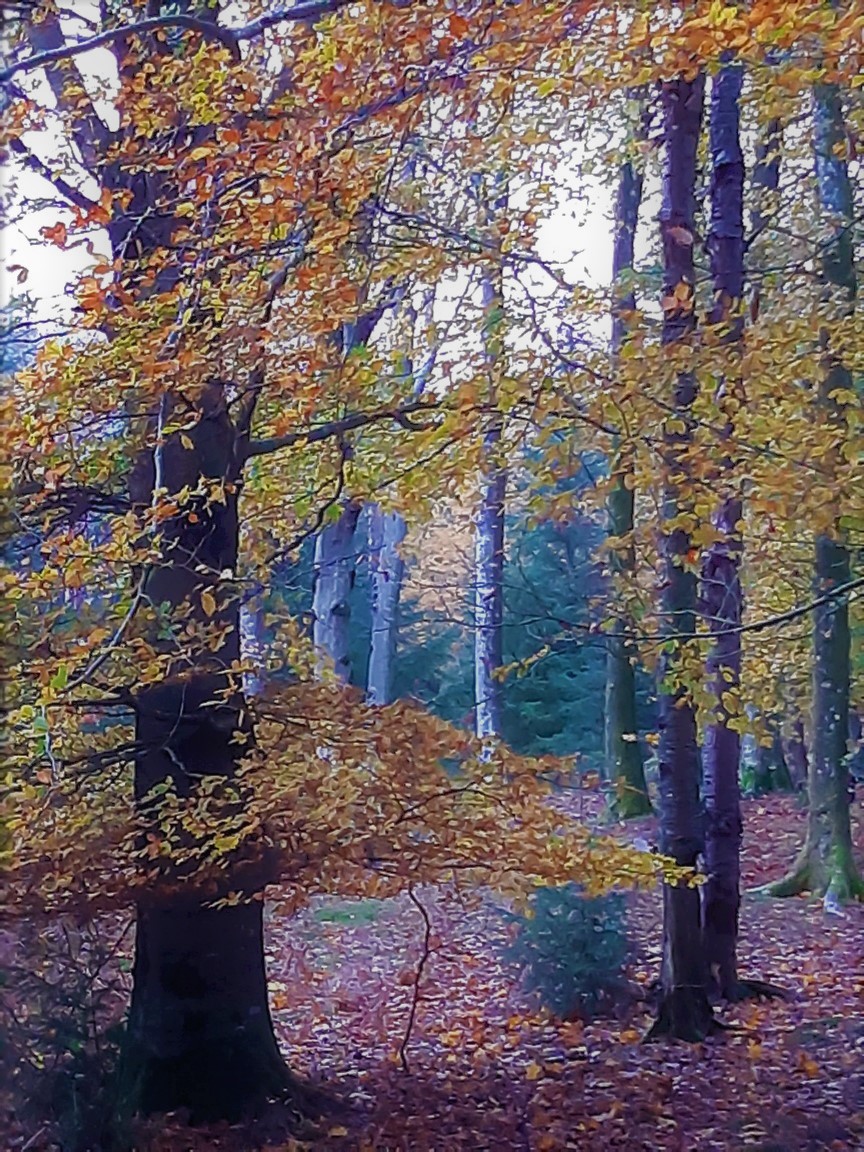 The Timescale of Trees

In his 1803 poem ‘Yew Trees’, William Wordsworth described the Borrowdale Yews at Seathwaite as the ‘Fraternal Four’. Since then one tree was lost through a storm and analysis has shown the remaining trees are female and two are in fact identical twins, possibly conjoined. Yews have been observed to transgender, although the genetics of this not yet understood by humans and it is unclear whether the Borrowdale yews were ever male or if Wordsworth made a botanical error. There is controversial evidence that many of the large stones around the trees were deliberately placed by pre-Christians, in the pattern of a serpent aligned with the constellation Draco.

A sisterhood of sorcery

The coming of Christendom

the coming of ice-cream vans.

by a sleeping stone serpent.

I too live in this strong valley

in my fluttering, flittering ways.

While yews are at work in heat wave, in hurricane

and in quiet winter mist.

They live so slowly that they almost

Conversing with their breath

an ounce or two could kill me,

a gram could save my life.

Quenched by the blood of druids

and bled by the chain saws rips

and I come and touch them gently

asking for admission to the stand.

Then find my womanhood cannot wait

for their whisperings of wisdom

living only for a moment. 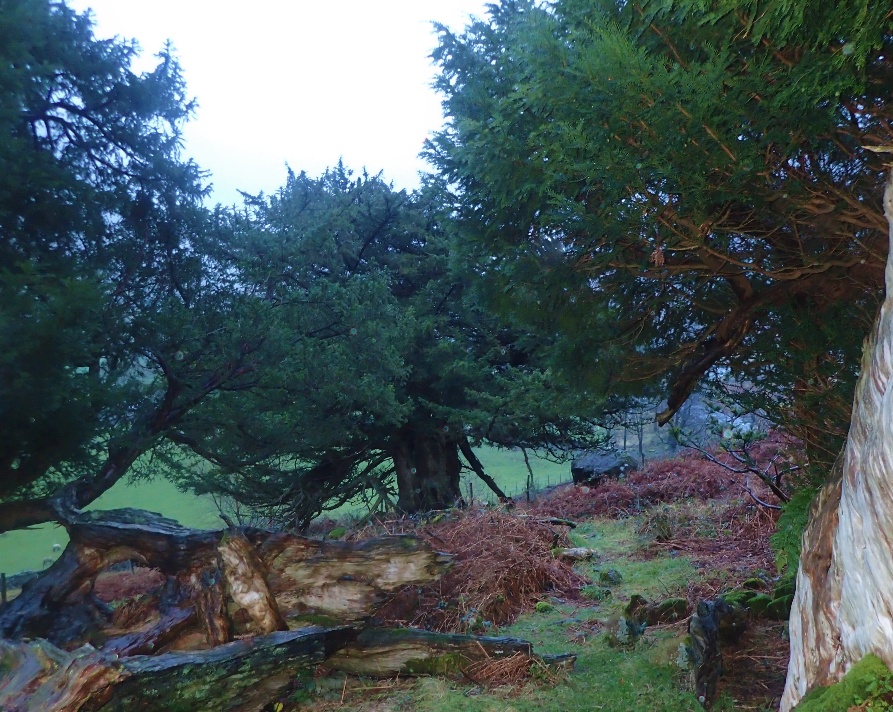